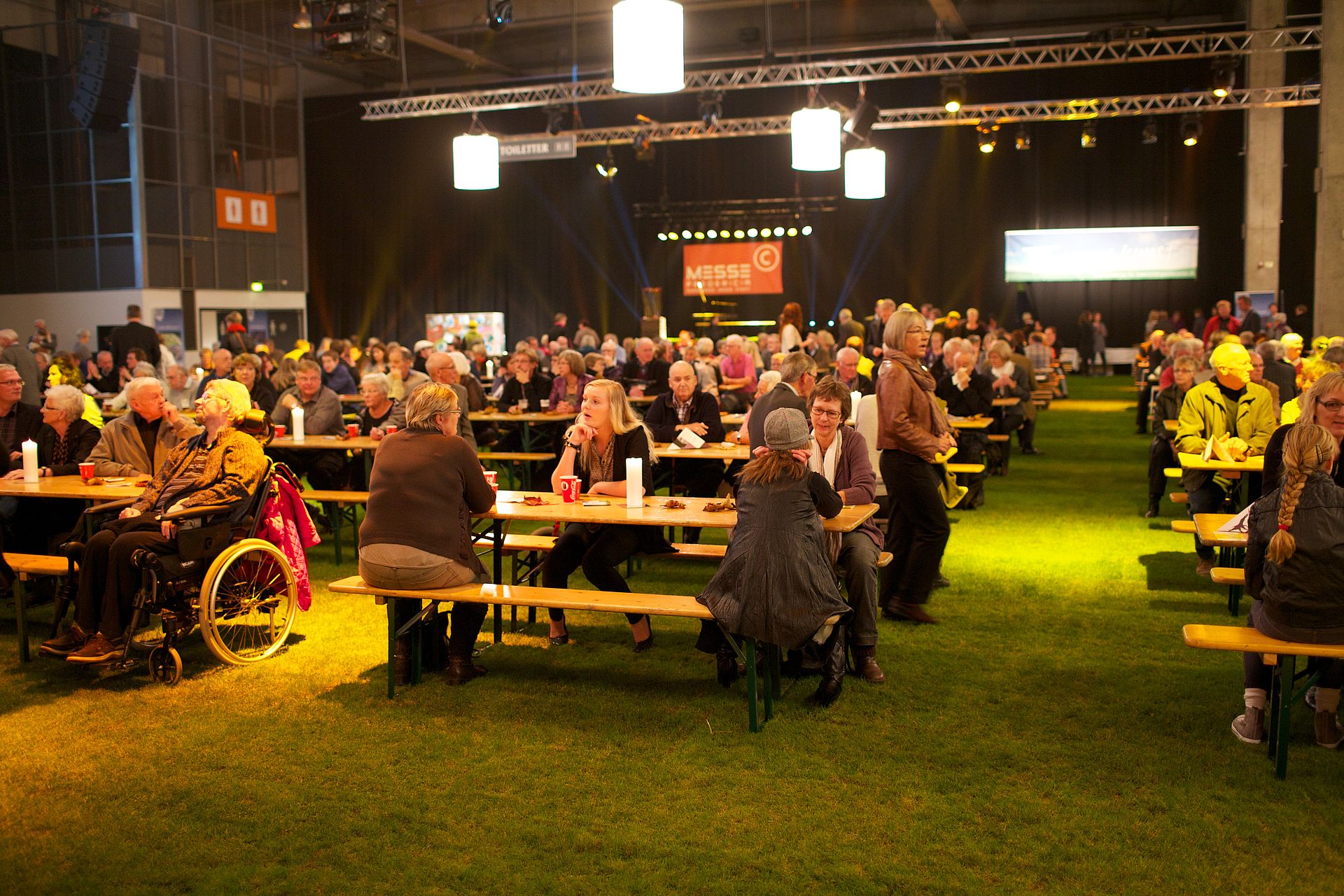 It was a great honour for MESSE C, in October 2011, to host the final of the "Our Art" project, a collaboration between the national TV station, DR, the Danish Art Council and the National Art Foundation. MESSE C set the scene for the three finalists whose exhibition would permanently adorn the Triangle Region. A thousand residents of the region had bought tickets for a night where, among others, the Danish band, A Friend in London led the entertainment and DR transmitted live from the party on primetime TV.

After a close vote, the award went to Nils Erik Gjerdevik's monumental sculpture, a giant fallen electric mast, painted in luminescent colours that lights up in the dark. The party and live broadcast was held in Hall A, which was covered with 2,000 square metres of rolled grass. With tables and benches lined up on the grass and projections of trees onto the surrounding walls, it created the impression of sitting out on the lawn.